You can have success if you want it bad enough and are willing to invest the time and resources to accomplish it. You just have to change your perspective.

I feel like a lot of my success in my life is owed to two people who changed my perspective back when I was in college. Those people were Tony Robbins and Brian Tracy. I have told the story many times about how I listened to their cassette tapes so many times that I literally wore holes in the magnetic ribbon and had connect the ends together with scotch tape. Tony gave me the motivation and Brian gave me the process.

They showed me that I could accomplish ANYTHING if I knew clearly what I wanted, learned from those who had already accomplished my goal, and then worked my butt off to get it. It changed my trajectory in life and I have applied those lessons over and over again in so many areas.

Back in college, as a dead-broke student, it wasn’t easy to come up with the $100 each that those cassette training programs cost. Everyone around me was spending every free dollar on beer. That was my food budget for a month. In today’s dollars, it would be several hundred dollars per program and I didn’t have a job at the time.

However, I figured it out. I invested in myself and it changed my life. It is amazing how we can find the money for things that make our life a little more comfortable today, but can’t find money to invest in the future. We are all guilty of it.

Tony tells a similar story about the beginning of his path. He was 17 years old, working as a janitor and making $40 a week. He was living in his car but managed to scrape together $35 to attend a seminar with Jim Rohn. A week’s wages for a 3 hour seminar with 1,000 other people.

Tony went from bank to bank, trying to borrow the $1,200 that he knew would change his life. Finally, he spoke with a loan officer that was so impressed by his passion for his future, that she co-signed the loan for this 17 year old homeless boy. She made him promise that she would not have to come and track him down in his car behind the 7 Eleven.

Tony took the 3 day seminar and he paid attention. When you pay a high price to be part of something … you pay attention.

Afterwards, he went to work with Jim Rohn, and that was the beginning of a journey that has touched millions of people in a positive way. All because he had decided that failure was not an option and he was willing to do whatever it took to accomplish his goal.

My experience with helping a lot of people in the last 19 years is that most people are unwilling to commit to that investment.

You have to be as committed to finding the solution that allows you to live YOUR dreams. You need to be just as Tony to find that $1,200 that changed his life. 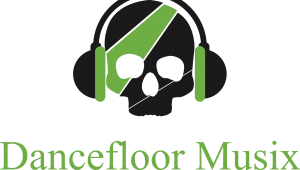